You are here:
Land 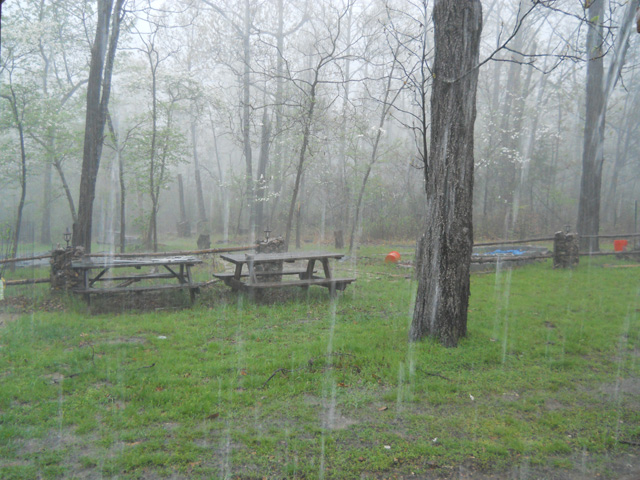 Off to a wet start

So the April Showers arrived – slowed everything down so far as barn building went. 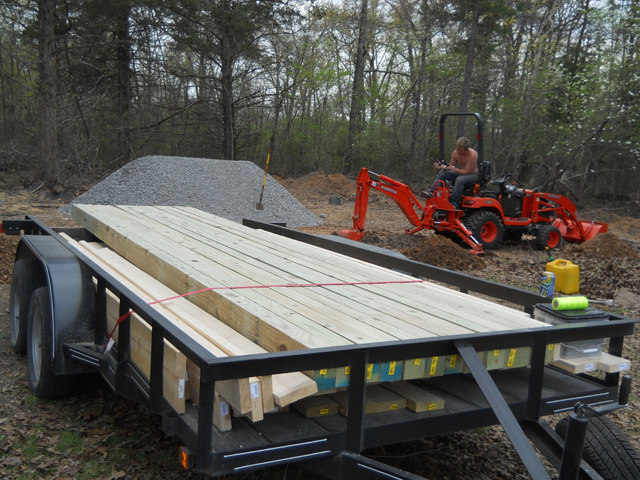 The gravel base has been delivered and the framing materials are ready to come off the trailer. 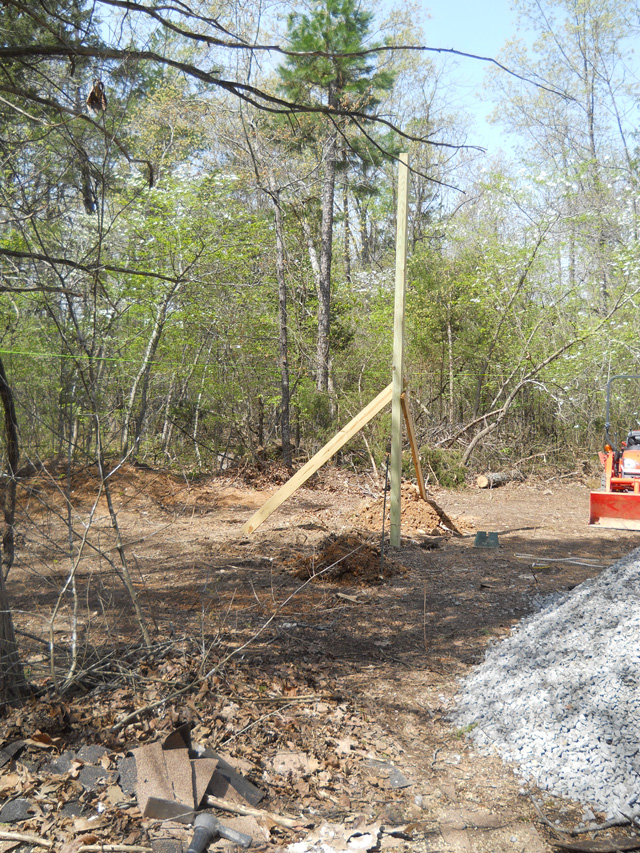 The Corner is Set in Place

Corner posts were set and checked for square and vertical. 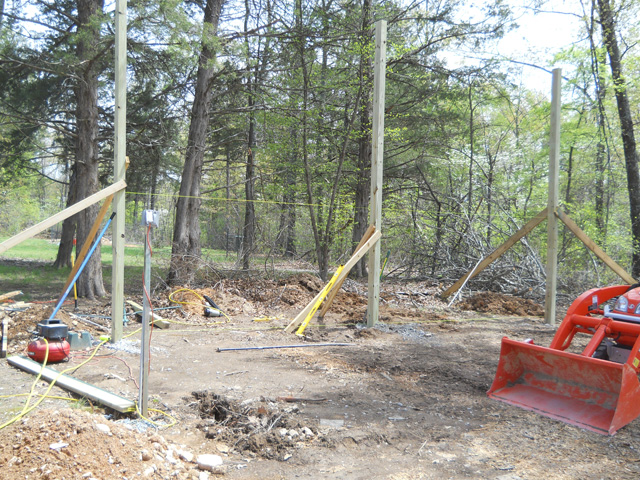 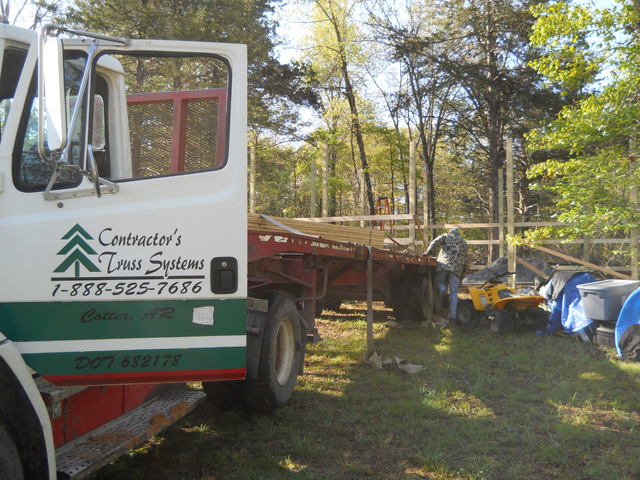 Trusses were delivered, then installed. 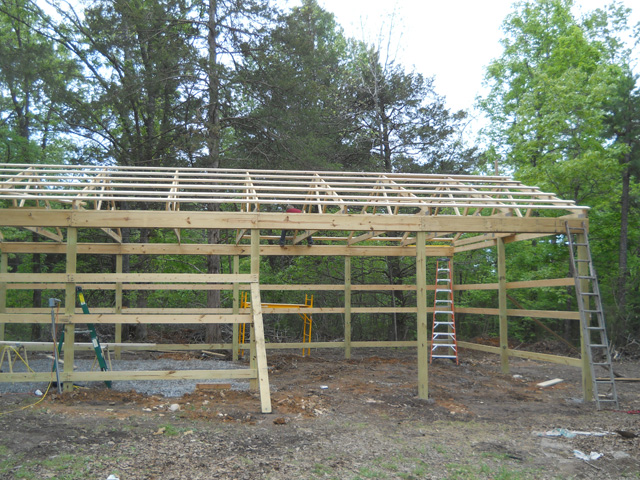 The roof purlins were added, first on the front, then on the back. 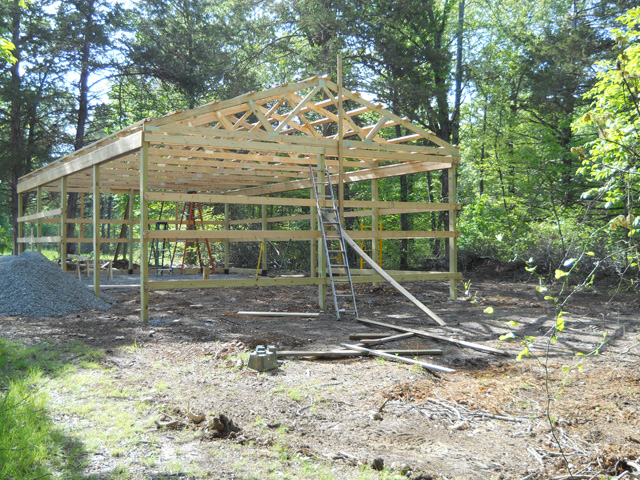 All the framing completed. 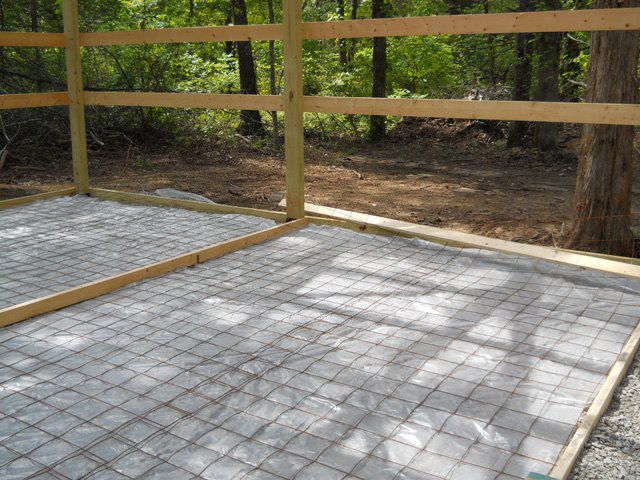 Half the barn to get concrete floor. Gravel base was spread and leveled, then the plastic laid down, and covered with the wire mesh. 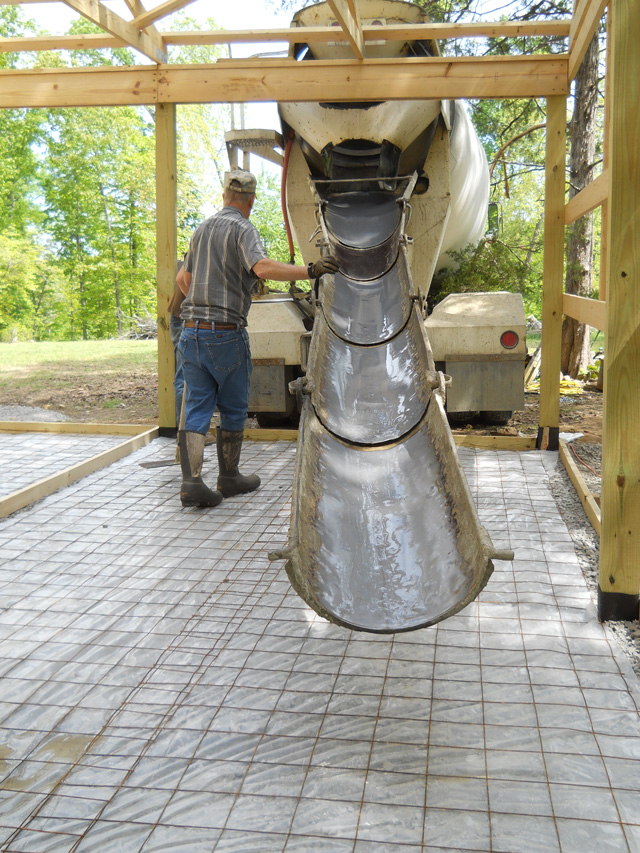 Concrete spinning up just before the pour started. 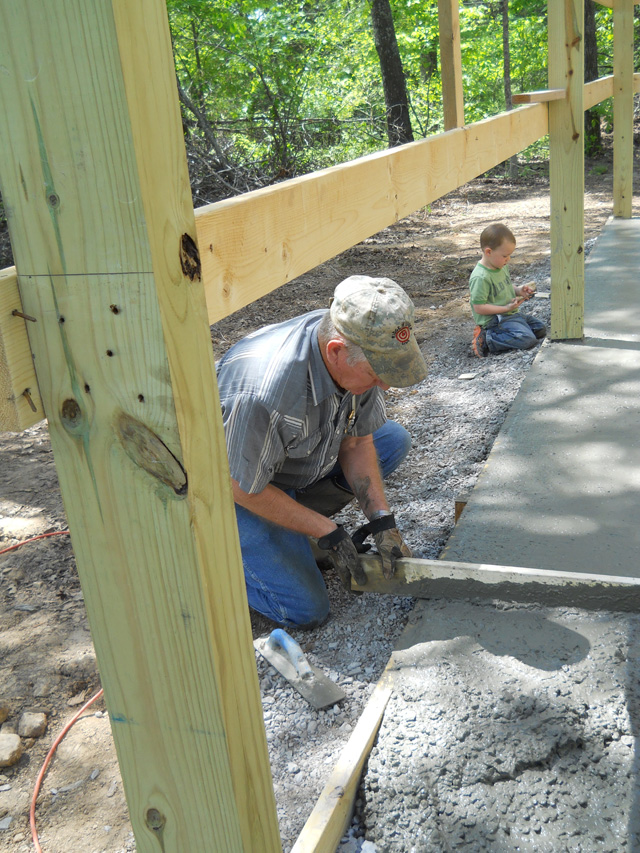 Rodding off the pour.

As the concrete was poured in, a long 2×4 was used to get a rough level on the mixture. 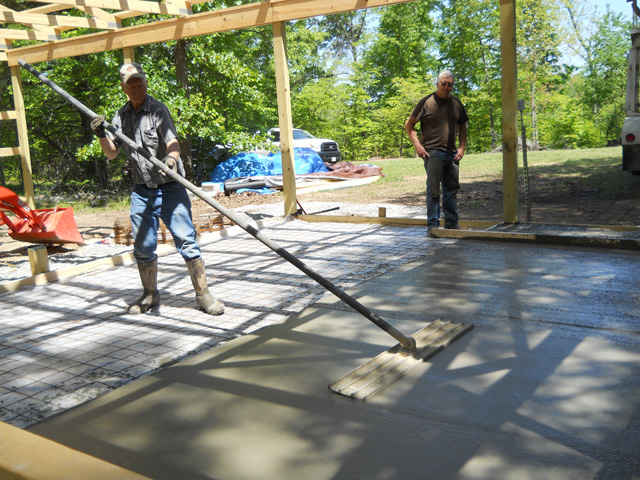 After the first section was poured, a bull float was worked of the first section, and the process repeated on the second section. Later the entire surface was hand troweled for a nice smooth and level finish. 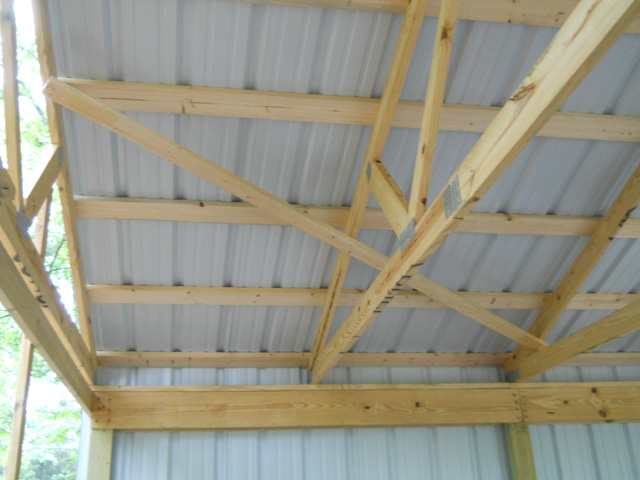 The R panel roofing was added, along with a ridge cap. 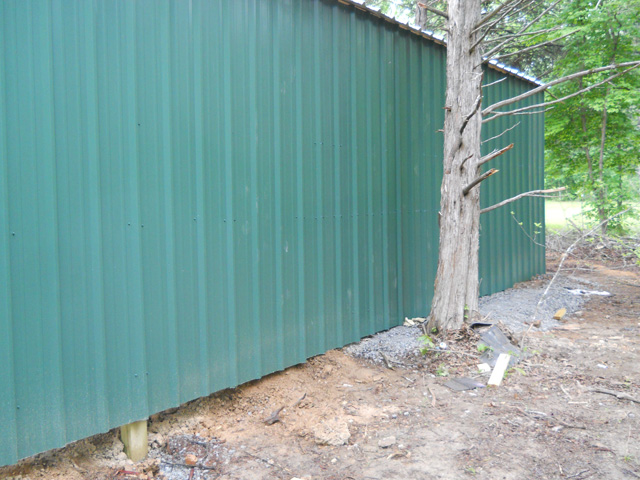 Siding on South Side

With the roof in place, the side panels were added 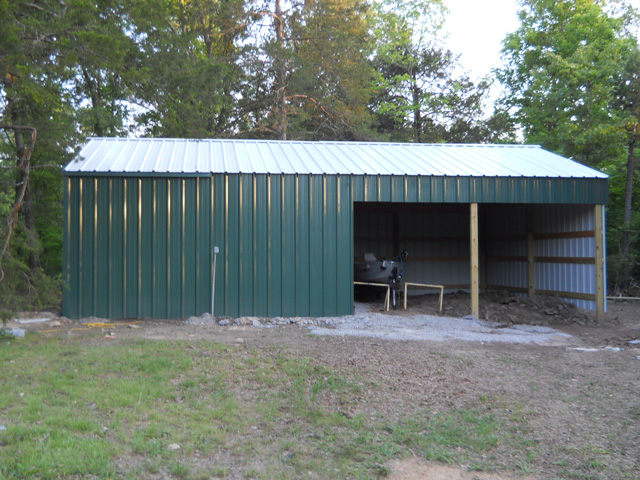 So next up is to install the trim under the eaves and around the doors. Later on I’ll add a concrete floor to remaining half and add the doors.