You are here:
Orchard

The apple trees were about 18″ tall when we planted them. Six were originally planted, with the idea of making an espalier apple tree fence. Of the six, three have survived and grown pretty well. Since they were unattended most of their first years, the trees had a rough start without regular watering and of course, the deer that just seem to eat everything.

We have arranged the branches from time to time to attempt to train their direction of growth to grow along the wires on the fence. This year, we got the nippers out and trimmed off the growth that headed in the wrong direction, and cutting back growth that was in the right direction. Our thoughts are that this will increase the likelyhood of the trees forming blooms, and later, fruit. 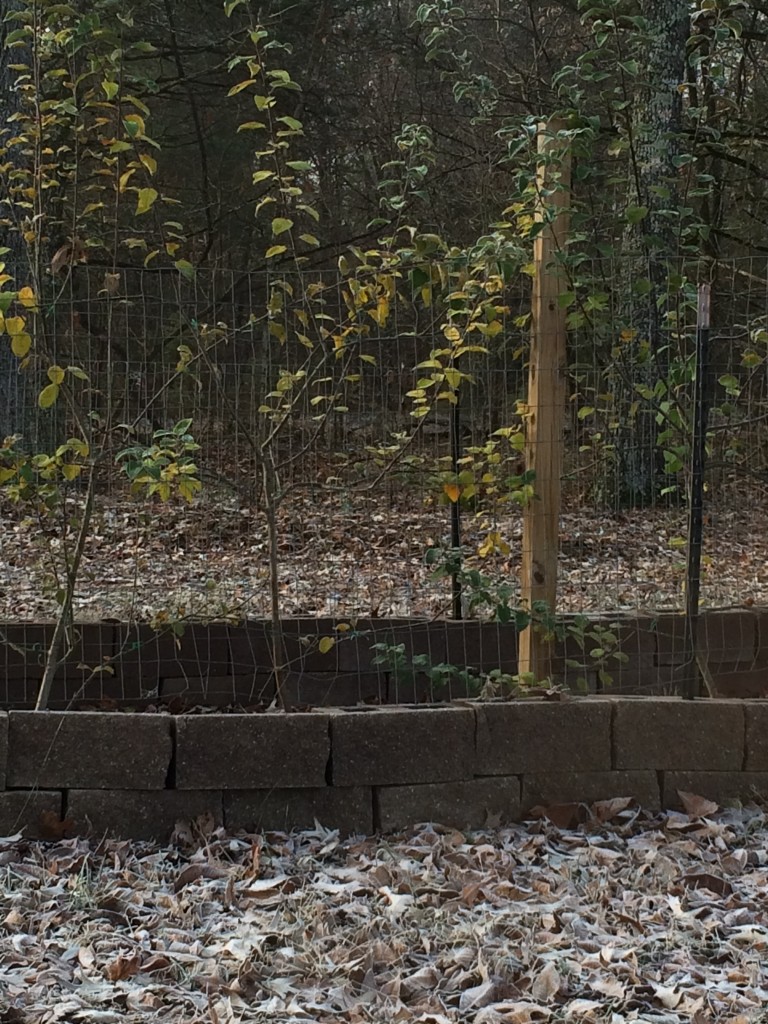 Early January, Apples still have their leaves for the most part. A little color change is coming. 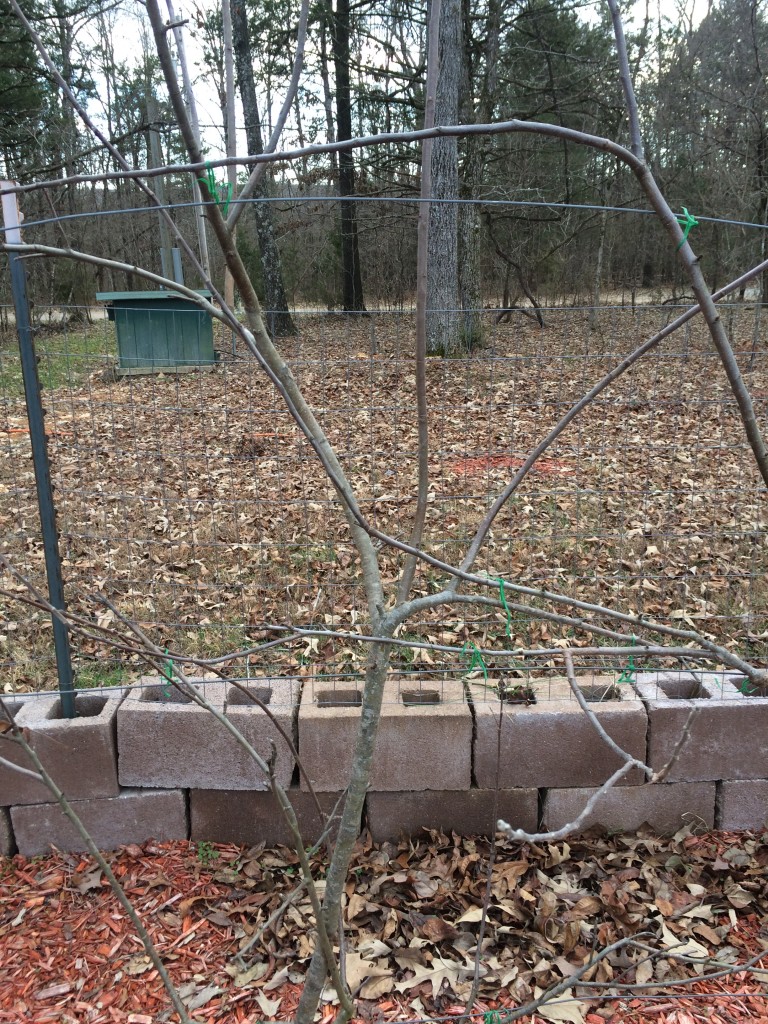 Evaluating the trees, they have several years growth on them but the growth isn’t necessarily where we want them to grow. We are interested in the espeliear style, growing them along the fence wires. 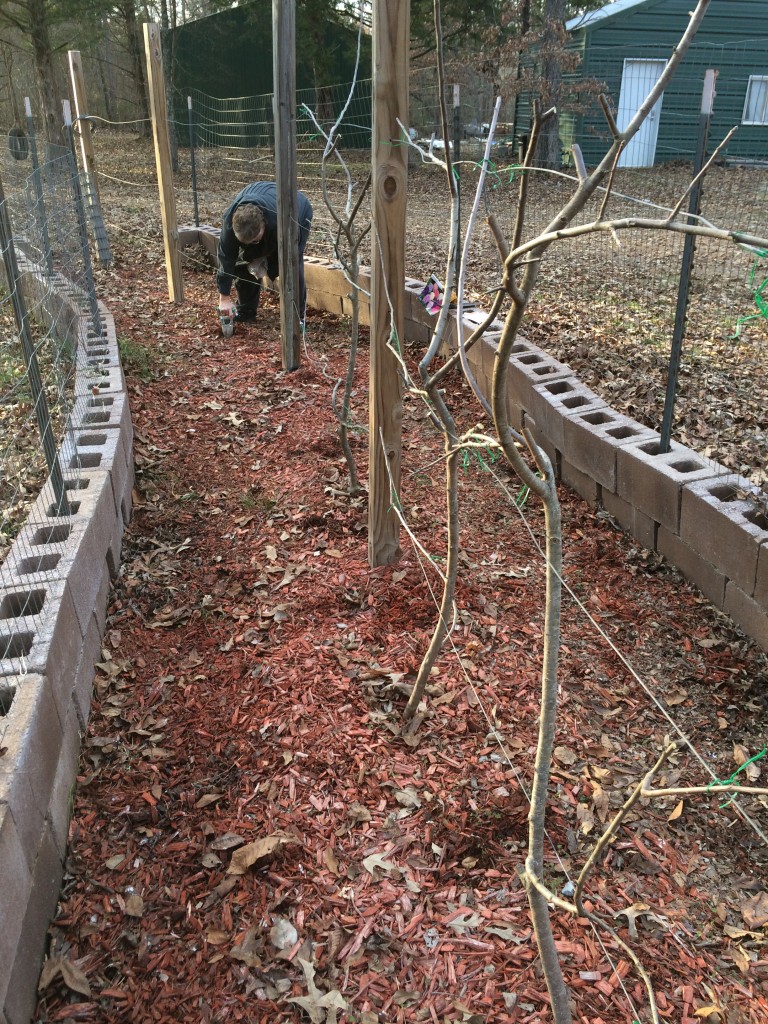 Undesirable branches were nipped off just above the buds where the buds were growing in the desired direction. The nippers were cutting at 45 degree angle cuts away from the buds. 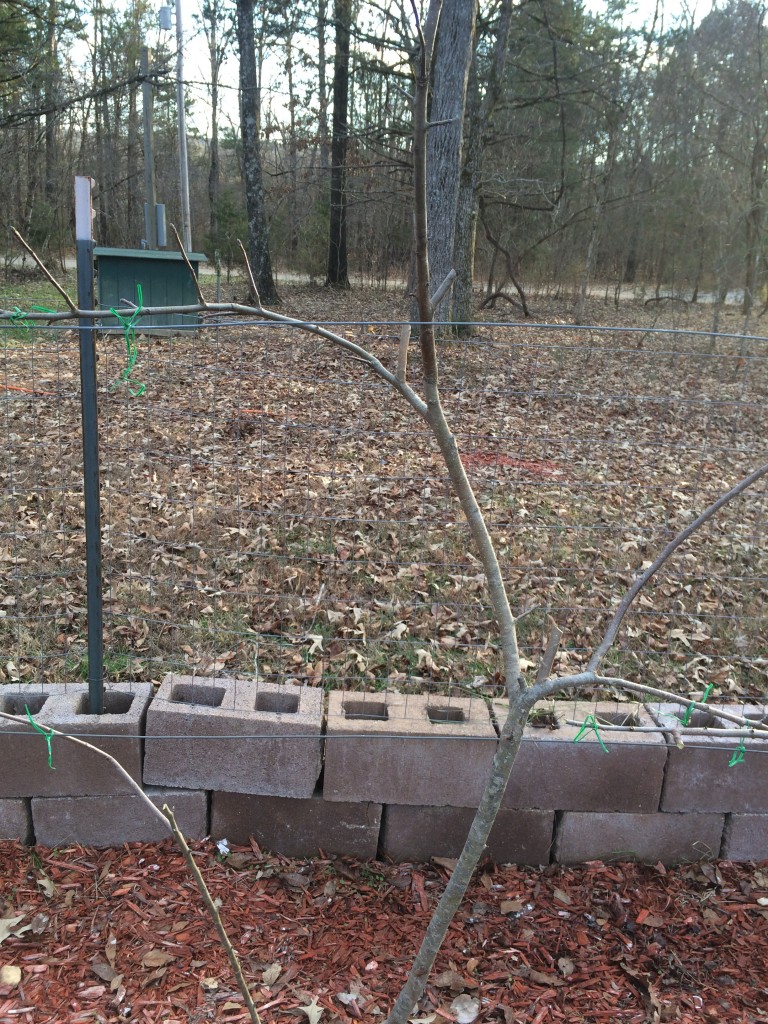 Freshly trimmed trees are now tied to the fence with wireties to help hold them in place to train them along the direction they should go.