You are here:
Gardening

Here it is, January all ready. Finally getting moved in and mostly settled, we decided it is time to start directing our attention to getting the garden started. While our goal here is raised wicking style garden beds, getting started as quickly as possible leads us to going with more traditional rows in the ground.

It will take some time to construct the raised beds and build up enough soil using the compost to fill them. So for now, we started the year off with 4 rows about 40 feet long. After running the rototiller several passes each way on the first two rows, we followed by raking leaves into the rows and several more passes with the tiller to mulch the leaves into the rows. We will do the same on the next two rows as weather and time permits. Our thinking is to also mix in some wood ash, some manure, maybe some wood chips, run the tiller a few more passes then let it set for a few weeks and till again. 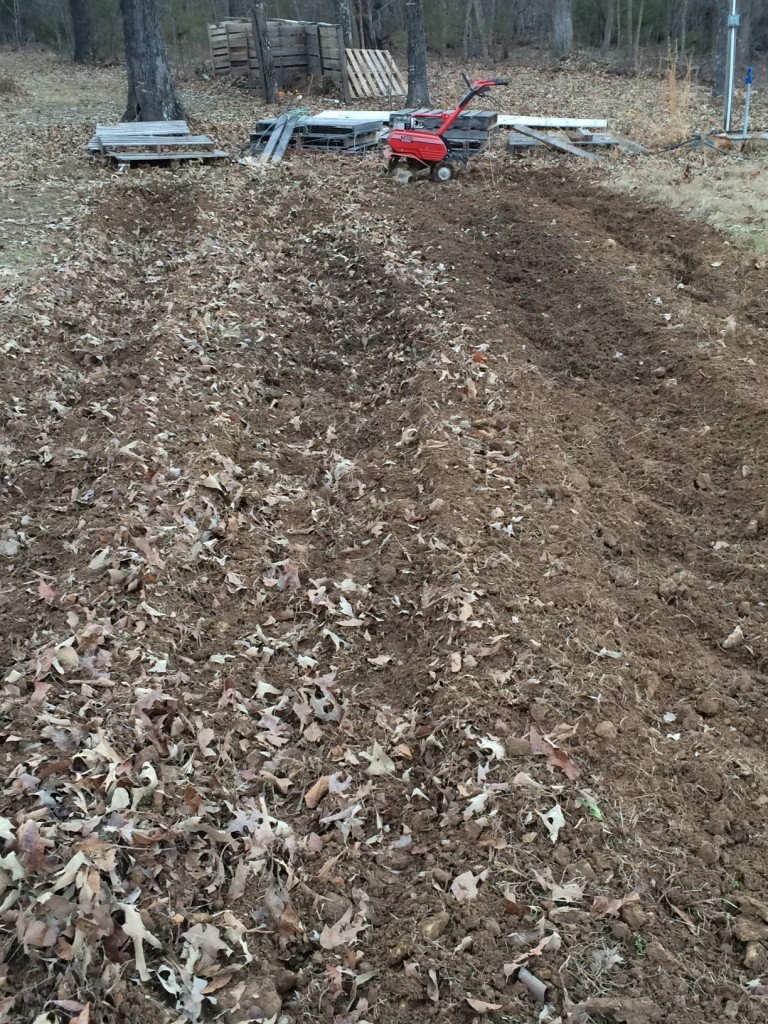 The area was cleared of trees and mostly leveled a few years ago, and has been growing grass and white clover we seeded since then. Still lots of rocks as you would expect in this part of the Ozark region. We were happy to note there were a good number of worms in the soil seen as the tilling was being done.

Deer and other animals will be a problem as we have experienced that with the fruit trees we’ve planted in recent years. So a fence will be coming soon! Watch for that.

The compost area can be seen in the background made with wood pallets. Raised beds will be built to the right of the rows, about where the water and electric connections can be seen.