Ready to Move out of the Brooder 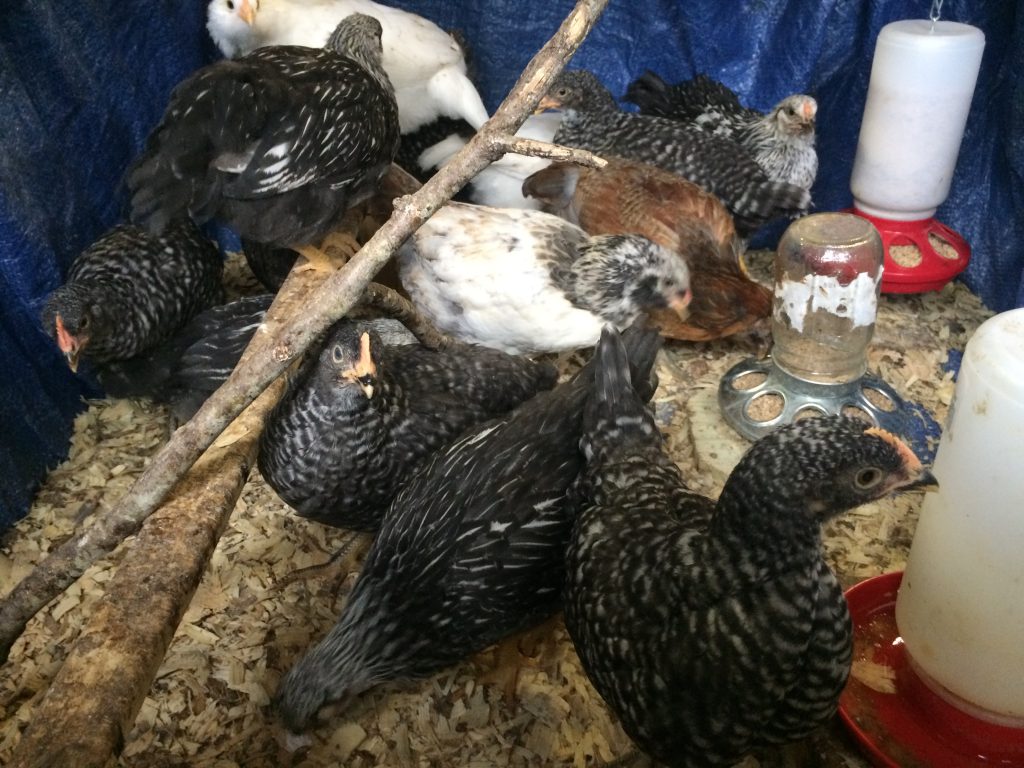 The chickens have grown quickly.  Seems they change daily.  Certainly, they are getting larger, consuming for feed and water, and of course, making a quick mess of the pine shavings on the floor. They are getting just enough ability to fly they can now fly/jump up on the top of the brooder and escape to the floor. 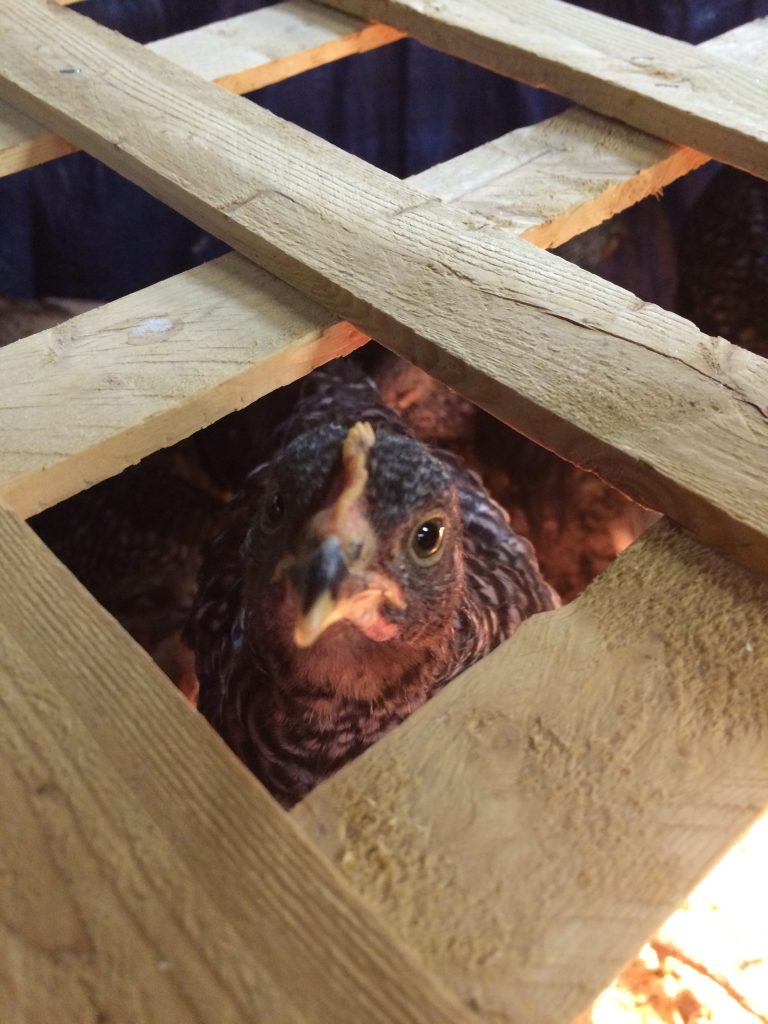 So the short term solution was to use a piece of wood lattice across the top of the brooder.  We used the lattice in two parts.  On one end we would hang the heat lamp, the other we would hang the feeder.  Time for the flock to move out to the hen house. 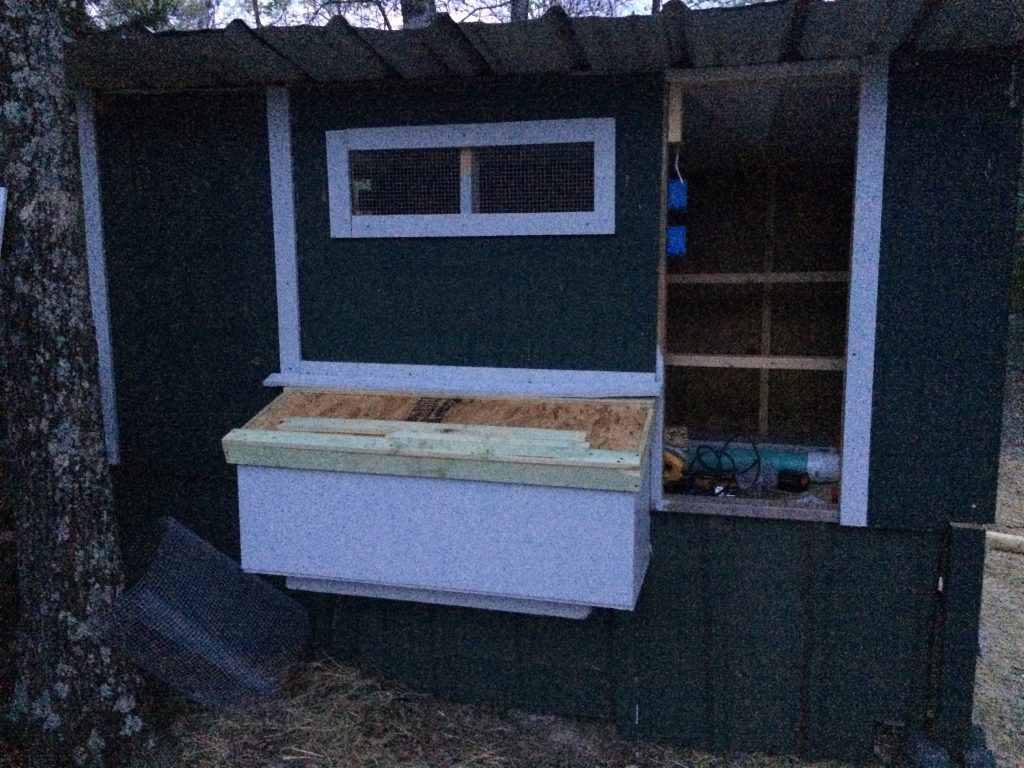 The hen house nearly complete.  The floor is build a couple feet off the ground.  Nest box is right in the front for easy access.  Three nest spaces about 16 inches square are available for the hens.  The left side of the coop has a flap the width of the end and about six inches tall.  This opens to allow for the pine shavings on the floor to be easily swept out, dropping right into the compost bin.

Two roosts are inside running the length of the coop.  An access door is seen on the right side, a similar door is in the opposite corner on the back side.  Several electrical outlets are mounted for plugging in fans, lights, web camera or other devices as needed.

Chickens have access on the right side through a 12 inch square chicken door opening to a ramp into the fenced in area.  The main structure is built of pallets, scrap and re-used siding and R panel sheet metal.  A few new 2×4’s and some fence pickets ripped in half for trim boards, some hinges and screws is about all that was purchased to complete the project. 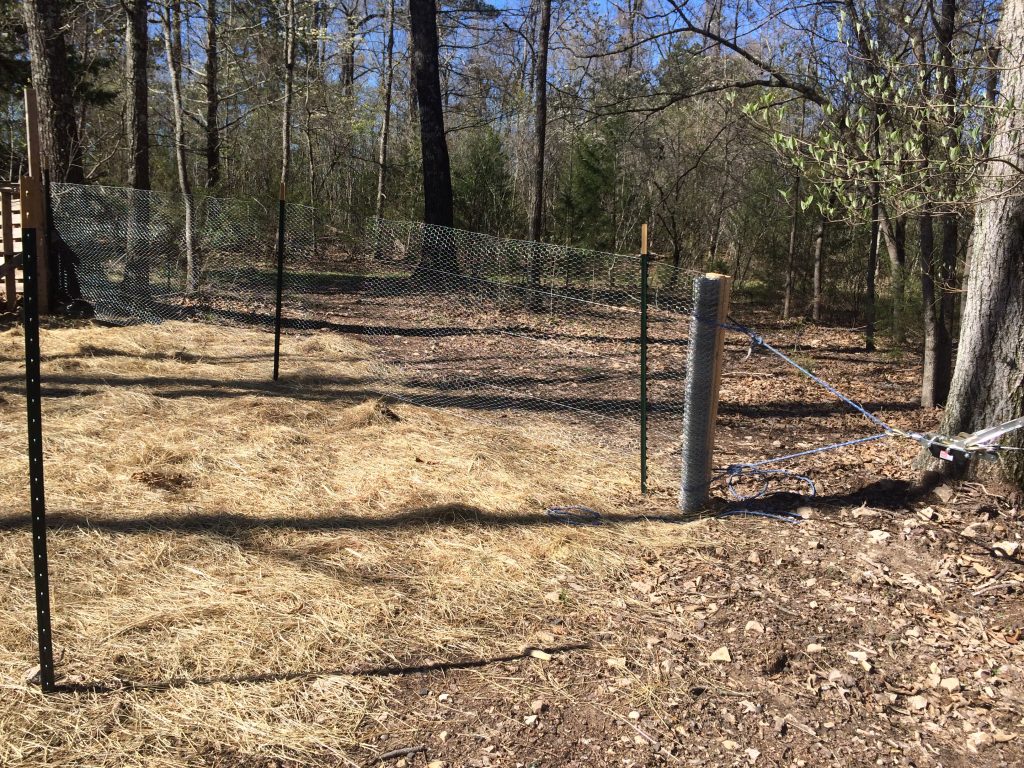 Steel posts support the chicken wire for the fence.  Straw strewn about the pen made it easier for us to walk and kept the ground a bit cleaner for the hens when they were released into the area.
It did not take long of course, for the hens to grow enough to be able to fly well enough to get over the fence.  It did keep them in place long enough for their transition from the brooder to the coop.  It took a couple nights to get the chickens used to going inside at dark.  At first they would crowd together in a corner by the coop to settle in for the night.  So for the first several nights we would collect the chicks and put them into the hen house and close them up for the night.  By the third or fourth night, all were going into the coop on their own. 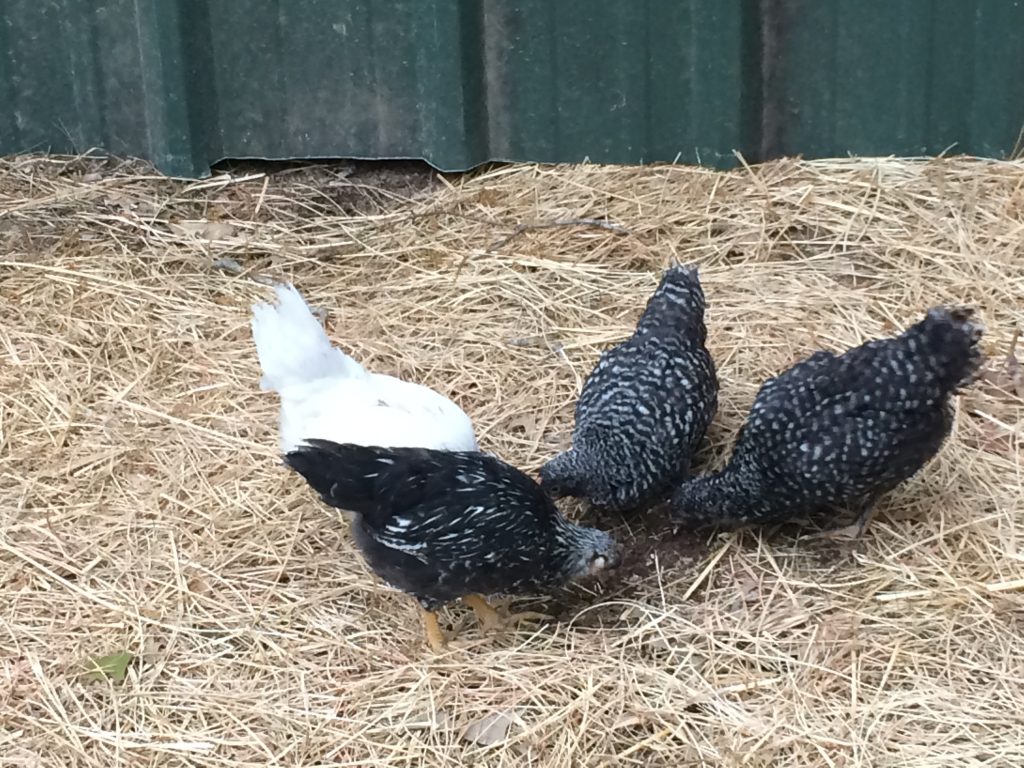